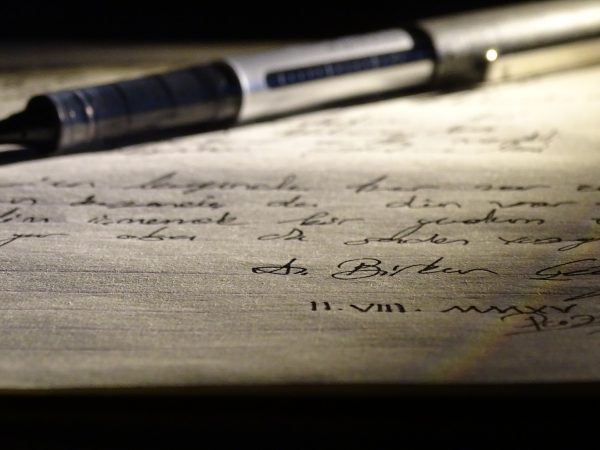 Every few days I am asked what are the best apps for the iPad and what my iPad favorite apps are. In fact, last May, I wrote about My 12 Favorite iPad Apps where I called out 12 of the best apps for iPad so I thought I’d revisit the list to see if my favorites have changed. As expected, my top apps for iPad have evolved over time. For example, only three of the twelve iPad apps have remained on my list for best apps for iPad including Kindle, Zinio and Mail.

#12 Starting at #12, iBooks makes the best iPad app list. The one and only reason iBooks made my iPad apps favorite list is because iBooks provides an excellent interface to store and read PDFs.

Having used several PDF readers including the popular GoodReader for the iPad, I prefer the way iBooks stores the PDFs showing the PDFs cover in the library view and the ability to sync via iTunes or attached to an email that you open and send to the iBooks app and these features make iBooks one of the best apps on iPad.

There are a few features in iBooks I don’t use including the fact iBooks provides access to Apple’s iBookstore which allows you to download and read the latest books and classics. Additionally you can make notes and highlight passages in your eBook and use AirPrint to print the PDF with your notes included.

#11 My next best app for iPad and latest obsession/time sink is Words for Friends HD. If you have not heard of Word for Friends, you must be the only one! Words with Friends HD is a crossword game (think Scrabble) that is socially played against friends with a NewToy Inc account. While there is an iPhone app for Words with Friends, the larger screen of the iPad allows better vision across the entire board allowing me to smoke my foes!

#10 The iPad app on my iPad favorite apps list is one of the best iPad apps for kids available and my four year old daughter’s favorite iPad app. DressUpBaby provides an intuitive and simple interface for my four year old daughter using cute characters and funky clothes and accessories. I randomly receive outfits emailed from my daughter using the camera function on one of her top apps for iPad.

#9 Next on my list of iPad best apps is also one of my iPad productivity apps. Remoter is a VNC (Virtual Network Computing) client for the iPad that provides the ability to virtually control your desktop over the network from your iPad. I’ve used the client to control both Windows and Mac machines, but VNC will also work with various UNIX flavors. This app has saved me too many times while I’m out but needed something from work making this one of my best iPad apps.

#8 Whistle turns my iPad into a networked conference phone making this app high on my best apps for iPad. I use Whistle as a client for an Asterix PBX, a 3rd party SIP service) that allows me to make a call from the “office” anywhere that I have an Internet connection. Whistle provides integration with my Contacts (which is synced with Google’s cloud) and with the latest iOS loaded I can continue Whistle calls in the background as I continue to use the iPad. Speakerphone works amazingly, but Whistle also supports the Apple Headphones allowing you to answer calls with the center button. This app enables business and is one of my top productivity apps for iPad providing a business tool to work virtually.

#7 Kindle constantly makes everyone’s best iPad apps list and is no exception for the Geeks favorite apps for iPad. The Kindle app provides an easy to use interface and provides access to Amazon’s Whispersync service to automatically sync your last page read, bookmarks, notes and highlights across your Kindle devices. The Amazon Kindle store provides over 800K eBooks at the same price or better than other eBook retailers.

#6 Next on my best apps for the iPad list, Toodledo More info provides access to my cloud-based task manager service and provides easy access to my to do list. Apple ranked Toodledo in the top 30 paid iPad apps of all time, and in the top 200 for iPhone – Jan 2011 and is one of my favorite iPad apps and one of my top productivity apps for iPad.

#5 Evernote is another cloud-based note service that is one of my top productivity apps for iPad and one of the best apps for iPad. The Evernote iPad app provides my primary interface to take and view notes, including voice notes, while I’m not in my home office. Evernote then automatically syncs with the cloud-based service so you can view the notes on the iPad, one of the desktop Evernote applications, or the web. The Evernote app was inducted into the Apple “App Hall of Fame”, on the NY Times “Top 10 Must-Have Apps” list and has been the winner of the Best Mobile App Award from TechCrunch, Mashable and the Webbys and, in my opinion, one of the best apps on iPad.

#4 One of the included apps, the Calendar app, is one of my most used and therefore one of my iPad favorite apps. The Calendar iPad App is laid out well and keeps my schedule straight by syncing with Google’s cloud-based calendar service.

#2 Zinio is one of my favorite apps for iPad and using Zinio I receive all my magazine digitally instead in the mail as the Zinio iPad app provides thousands of magazine titles with special interactive and graphical features synced directly to your iPad. I started using Zinio over 5 years ago, and those archived magazines are available through the Zinio app!