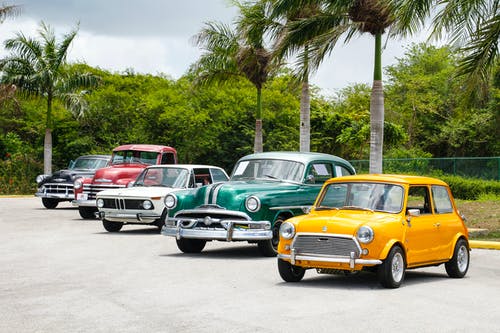 Buying a car is a process and not one to be taken lightly because leaving out or skipping a few details can cause you to spend much more money than you need to spend. One of those details is when to buy a car. After being in the car business for many years you come to understand the process and why some car buyers pay thousands of dollars more for the same car than others. There are many ways that this can happen, but the one I want to tell you about is timing or when to buy a car.

The automobile retail business operates on a monthly basis, meaning that everything they do, sell, finance and pay their employees revolves around their monthly performance. Sales goals, bonuses, commissions and salesman pay plans are calculated by the month. Therefore each month the sales staff, including the sales managers starts out at zero and everyone is on the same page. In the car business it doesn’t matter what you sold last month or last year, the only thing that matters is what you sold this month. For this reason when to buy a car for the best deal can make a difference.

When a new month starts out in the business of selling cars there is a little sigh of relief that the month is over and the new month is starting. The stress level is lower for the salesmen and sales managers because they are not looking at their sales and trying to figure out how to reach their goals by the end of the month. This is one aspect on why when to buy a car is important, but not the only reason.

The car dealership, much like any other business depends on the flow of traffic that comes through their showroom. So the first week of the month the sales people and sales managers are more focused on making larger profits on each car they sell rather than how many cars they sell. However there is a drawback to this mentality because if they try to too hard to make big profits they are likely to sell fewer cars.

Why When to Buy a Car Matters

If it is a good day and the dealer has been making profitable sales throughout the day they are likely to be more choosy about what car deals they will make and more likely to pass on the small margin deals. On the other hand, if it has been a slow day at the car dealership because floor traffic is light and very few sales have been made, the attitude of the sales manager on duty starts to go from picky to desperate. The sales manager never wants to tell the car dealership owner that they only sold 2 or 3 cars or even worst that they blanked (no cars sold). Rather than blank or have to report that very few cars were sold on a particular day the sales manager will do almost anything to sell a car. So you can see that the end of a slow day at the car dealership it matters when you buy a car. The best car deals for the dealer are made early and the best car deals for the buyer are made late and obviously when to buy a car.

Days and Times When to Buy a Car

Now the question is how you know when the automobile dealer is having a slow day or a busy day. Traditionally the slowest days for the auto dealer are Tuesday and Wednesday, but his is not cast in stone. I have seen busy Tuesdays and Wednesdays at the dealership, but they are few and far between. Saturdays are typically the busiest days unless you reside in a state where the car dealers are open on Sunday and then they are busy both days because most people have time on the weekend and not considered the best for when to buy a car. Coming in as the second busiest are Mondays and Fridays, They aren’t as busy as the weekend, but for some reason they can come close at times to the number of sales as Saturday and Sunday which are not the best days when to buy a car.

That leaves us with three slower days for when to buy a car and I have already talked about all of them except Thursday. Thursday seems to be a hit or miss day for the car business, sometimes good and sometimes weak. For my money I choose Tuesday or Wednesday for the best car deal if at all possible. Now if the end of the month happens to fall on those days you can really hit the jackpot. You have the two slowest days of the week and you can profit from the month end push of the car dealership to increase their volume.

Like I mentioned earlier about monthly sales pay plans and bonuses, the last few days of the month can really help you get the best deal on a car. At the end of the month your car salesman and the sales manager always want to add a few more cars to their sales because their commission and bonuses can increase dramatically, that’s when to buy a car. The end of the month always sells more cars than the beginning of the month, whether it is from the attitude and the desire to increase their bonuses and paychecks (most likely) or the fact that the dealerships has more traffic either way you stand your best chance of getting the best car deal when you buy a car at the end of the calendar month.

You may have heard that December is when to buy a car, but there is a flaw to that theory. The people that sell the cars and make the deals are paid based on their monthly performance and not their yearly performance. Therefore the car salesmen, auto sales women, sales managers and finance managers are the most motivated to sell a car when their pay is on the line, which is the end of every month. You now have all the reason, logic and information about when to buy a car and get a great deal. So come on down, have I got a great car deal for you!